Proud to have been featured in international press!
3 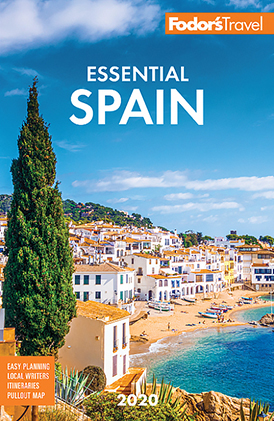 We participated in the Toronto International Bike Show this winter in the city’s heart. It was a great weekend to be there and sharing space with other exhibitors and having some former clients visit us as well! The online and published magazine the Hideaway Report in the USA  highlighted our self guided Moorish Andalucia Bike Tour.  A good read about the experience of biking from Córdoba to Granada, throught the heart of Olive Country. CYCLING PLUS MALAYSIA magazine visited us to experience the beautiful cycle route between Granada and Ronda, and cycled our our self guided White Villages of Andalucía Bike Tour. A visually sumptuous read by editor Nadiah Abdul Aziz, in a photo enhanced spread entitled “Andalucia by Bicycle” her trip took in several of the monuments en-route such as the UNESCO Alhambra, Antequera’s sights and Ronda’s famous bullring, not to mention a limitless amount of fantastic scenery. Was it challenging for her? Yes.  Would she come back again? Most definitely!! The Adventure Cyclist magazine of the Adventure Cycling Association in the USA (adventurecycling.org), showcased our self guided Moorish Andalucia Bike Tour in a 4 page spread entitled “Riding the Tapas Tail”. Enjoy reading Alex Strickland’s, the editor-in-chief, end of season adventure as he rode between Córdoba and Granada, stopping off en-route to visit us in Alhama de Granada. “Cheap beer, free food and perfect roads here in southern Spain” – did he find cycling heaven? Cyclist Magazine (UK), featured journalist, Trevor Ward´s piece, “Take it to the Limit” about the nearby Andalucian city of Granada´s epic yearly sport´s event, El Limité which he participated in, on one of our Carbon TREK bikes. It is a great read, showcases what a fantastic area it is to ride, and almost make you want to go out and do it, though perhaps not in the high 40 degree heat Trevor had that weekend! When we met with Trevor after the ride, he was pretty tired but was enthusiastic enough to capture in his article the great atmosphere and camaraderie of the event and how the landscape in the Granada district offers as much challenge as you want!  Ride much of this route on our guided Granada & Sierra Nevada tour FEATURED IN THE ROUGH GUIDE ANDALUCIA Travel writer Paul Heraty and his wife Mary came on our guided Enchanted Andalusia tour. Read his light hearted take on the trip, having declared “this will be one of the best trips we have ever taken.”….Thank you! Read whole article with photos…. Bicycling Australia´s story, “Hot, Flat and Unemployed” by cycling journalist, Roger Cull featured our challenging road bike route, Lakes, Mountains & Sea tour as a highlight trip on an around Spain journey. From summit to sea, we can´t help but agree with Roger that it is a stunner. The Sunday Times (UK) featured journalist James Blick´s write up to a guide on Southern Spain and the varied options for the visitor, including us, in the secret bolthole of our home town of Alhama de Granada! Interested to spend more time in this lovely part of Southern Spain? You should look at our Quiet Paths tour where we feature historic Alhama de Granada. We made the Travel Supplement’s main cover story, “Light your own Olympic Flame” which picked the best action holidays for those wanting a sporting challenge. Our Lakes, Mountains & Sea tour was featured as being a trip that will bring you up to speed on the bike. A great route through Sierras and Summits to end seaside – it’s one of our favourites too. Cycling – Rising Star As your pedal power increases, so should the gradients. The smooth mountain roads of Andalusia get the balance between epic and doable just right. AS NEWSPAPER AND INTERNATIONAL TV (AUGUST 2014)

“Europe’s Best rides by former Condor-Mackson pro retired rider, Dave Bonner highlighted in May’s Cycling Weekly some of the great and challenging rides around us on the Costa del Sol for keen road cyclists. “if you commit to a ride like this, there are no bail-out roads” and also mentioned our more leisurely rides as options as well. “Pedal Power. Cycling Country – Guided and self guided tours of Andalucia, Spain and Alentejo, Portugal. Taking in historic buildings and beautiful countryside, with a strong emphasis on each region´s cuisine.” We were invited to appear at an olive press in Andalucía to be part of a promotional film for TV to highlight Córdoba as a candidate for the European city of culture 2016. Our Moorish Andalusia cyclists from our May tour were lucky enough to star! Granada´s paper Ideal featured a photo montage of La Vuelta a España passing through the Granada region on the stage 6 (Benalmádena to La Zubia). Cycling Country featured in it with the tractor spectacle as well as one of our own Vuelta a España tour cyclists making his way up the tough Cumbres Verdes climb. We are proud to be recommended in the Travel Section of the Sunday Times as number 4 in their guide to 50 Summer Adventures for 2010. “What gives this 10-day, 250-mile transit through the Andalusian sierras a moderate rating, says Cycling Country (00 34 958 360655, cyclingcountry.com), is the comfy support vehicle, in which you can happily sprawl when you simply want to admire the scorched landscape of olive groves, cork forests and dazzling pueblos blancos…” Geoff Norris of Cycling Country being interviewed by a local Andalucian camera crew for a programme on cycling in Spain and the Rail for Trails (Via Verde) network. A nice article about our many tours, including our guided Enchanted Andalucia tour and self guided Quiet Paths, “Combining their love of cycle friendly Spain and the outdoor life, Geoff Norris and Maggi Jones have built up a successful business that also puts something back into their new community….”